Etai Funk MD is an injector trainer for Dysport, the Botox alternative from the same makers of Restylane. He trains dermatologists, plastic surgeons, and other physicians and injectors throughout Houston in Dysport, Restylane, and Perlane injections. 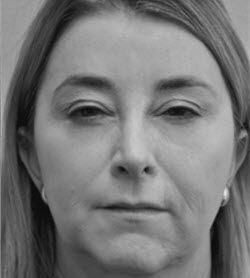 Botox is a purified form of Botulinim Toxin Type A that is used to treat wrinkles on the face. It is used for “dynamic” wrinkles or wrinkles that occur in the face with motion. The injection is placed into and surrounding the targeted muscle using a very small needle. Botox is commonly used to treat the frown lines between the eyebrows, forehead wrinkles, and crow's feet - the wrinkles around the eyes.

Botox does not fill in wrinkles, but is a medication that prevents wrinkles from forming by weakening the muscle movement that causes the wrinkle.

Many patients are concerned about a "frozen look" after Botox injection. It is important to inject the correct amount of Botox units to the muscle that is being targeted. The amount of units to be injected into the muscle may vary from person to person. Some may have stronger frown line muscles while others have a stronger muscle to raise their eyebrows. It is important that as a patient, you understand that Botox is measured in units and one should always ask how many units were injected. If overinjection of Botox is performed, a frozen look may occur. Other issues that may occur are heavy brows or a droopy eyelid after Botox injection.

The location for injection of Botox is also very important. Misplaced Botox injection may result in peaked brows or "Spock brows". As a facial plastic surgeon, Dr. Funk has operated and seen the these muscles during brow lifts. He understands the anatomy of the forehead and eyelids and knows exactly where to place Botox injections. Dr. Funk also understands and has been trained in the aesthetics of the face. He understands where the brows should lie and how Botox will affect them and their position after injection. For Botox in Houston, Dr. Funk is able to provide a natural, aesthetic, and beautiful result.

How long before Botox takes effect

How long will Botox last?

Botox achieves its maximum effect at one to two weeks. It will usually last aboutthree to four months before reinjection is needed.

What is Dysport and how is it used for cosmetic injection?

Dysport is also a purified form of Botulinum Toxin Type A that is very similar to Botox.

Which is better, Dysport or Botox?

Botox and Dysport are very similar. Their side effect profile, duration until onset, and lasting time are about the same. Patients with an allergy to cow's milk protein cannot be injected with Dysport. Click here to see Dr. Funk's clip discussing Dysport.

Botox & Dysport Before & After Photos