Otoplasty or ear pinning is a type of cosmetic ear surgery. This ear procedure reshapes the ear creating new folds and bringing the ear closer to the side of the head. Studies have shown that protruding ears or prominent ears have a significant psychologic impact on children as they mature. Children with this anomaly may be teased by their peers and frequently become self conscious of their prominent ears as they begin to become aware of their self-appearance.

Prominent ears or protruding ears are typically caused by cartilage that is misshapen and causes the ear to stick out. There is commonly a missing fold (anti-helical fold) that brings the ear in closer to the side of the head. There may also be excess cartilage (conchal cartilage) pushing the ear out away from the head. These features are inherited genetically and can be passed from either parent. 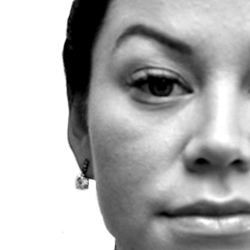 With otoplasty, an incision is made behind the ear that is well camouflaged and the cartilage is reshaped using suturing techniques and sculpting maneuvers. Older patients may need to have the “memory” removed from the cartilage so that it does not warp back to its previous position. Children’s cartilage is quite pliable and malleable and typically remains in place after reshaping.

In addition, Dr. Funk completed his facial plastic surgery fellowship in Toronto. Canada treats protruding/prominent ears as a congenital malformation and, therefore, otoplasty is covered by insurance. This allowed Dr. Funk to perform countless numbers of otoplasties on patients under 18 years of age which has given him extensive experience in this procedure and its nuances.

Otoplasty is also known as ear pinning.  This is a surgical procedure in which the external cartilage of the ears is bent and shaped in order to flatten the ears closer to the side of the head when the ears are overly protruding.  This can be done with suturing techniques and manipulation of the cartilage.

What is cartilage sparing otoplasty or ear pinning?

How old must a child be for otoplasty or ear pinning?

Eighty-five percent of the child’s ear has grown by three years of age. The majority of the ears’ growth is complete by six years of age. Otoplasty is applicable and safe in children at age five. They are beginning to have self-awareness at this stage and are entering a critical stage in their life with peer interaction at school.

What is Incisionless Otoplasty?

Incisionless otoplasty is a technique performed by Dr. Funk that reshapes the ear using suturing maneuvers only. It is not commonly performed by many surgeons and is quite a novel procedure. There is no incision in the skin and the sutures (stitches) are hidden underneath the skin. This can be performed in certain cases depending on the cause of the prominent/protruding ears.

It is an ideal procedure for the child as there is significantly less postoperative pain, decreased operating and anesthesia time, and no stitches that need to be removed. Patients get an excellent result without many of the postoperative concerns.

What is the recovery time for Otoplasty?

The procedure itself takes approximately two hours and the patient is able to go home the same day with a turban-like dressing. That dressing is removed the following day and the head is redraped lightly for one to three days. A headband is worn for two weeks and then only at night for an additional two weeks.

Otoplasty Before & After Photos