Septoplasty is a corrective procedure to straighten the nasal septum, commonly deviated septums and nasal valves. Dr. Etai Funk is a Double Board Certified Facial Plastic Surgeon and ENT Surgeon in Houston, TX performing septoplasty and rhinoplasty procedures on a regular basis. Correcting deviated septums and repairing nasal valves are issues best addressed by facial plastic surgeons that have an ENT background and training as well. As a Double Board Certified surgeon, Dr. Funk is able to approach septoplasty with aesthetics and function in mind.

View testimonials from our patients who had deviated septum surgery. 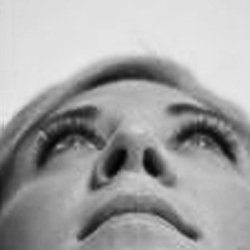 Frequently, septal cartilage is used for grafting of the nose and these deviated pieces of cartilage are what are used for cartilage grafts. Nasal septum issues can result from a passage through the vaginal canal at birth with forceps delivery, pubescent growth or trauma.

Nose surgery to correct a deviated septum can be a fairly straightforward procedure when there is minor nasal septal deviation. However, in cases when there is a severe septal deflection extending into the nostrils and causing nostril asymmetry, repairs can be more difficult. In a case like this which is called caudal septal deformity, this must be corrected in order to improve breathing.

Septoplasty is commonly performed during rhinoplasty. For a severe caudal septal deviation, the easiest procedure to address the issue is the open rhinoplasty approach. It allows a facial plastic surgeon to see the nasal septum from above and secure it effectively. In some cases, the septum may need to be shortened and restructured to the bone above the teeth. Sometimes, a small piece of bone is taken from the back of the nasal septum and used to brace the cartilage in the front and keep it stiff and straight.

In the most severe cases, a last resort for facial plastic surgeons is to completely take the deviated portion of the septum out and use a straight piece of septum to replace the deviated one. This is a complex procedure that requires PDS plate or a bone graft to bridge new cartilage to the old.

Revision septoplasty can also be a difficult procedure as there may only be fragments of septum remaining and the septal cartilage may be so warped or curved, advanced techniques may be necessary to straighten it. These include the use of spreader grafts, PDS plate, bone grafts from the bony septum to the cartilaginous septum, or ear cartilage. Sometimes the entire deviated septum needs to be removed, straightened and then replaced during revision septoplasty.

The nasal valve is comprised of internal and external components. If either components are compromised or damaged, this can lead to severe nasal airway obstruction. To correct and repair this, rhinoplasty is usually performed to repair the nasal valve along with septoplasty for a deviated nasal septum and turbinate reduction.

If you are unhappy with the shape of your nose or experience breathing difficulty due to a deviated septum, nasal valve insufficiency or other structural defects, you could be a candidate for nose surgery.

Septoplasty Before & After Photos